In this episode, we wrestle with the awesome beauty and genius of David Lynch’s triumphant Return to Twin Peaks by way of Buckhorn South Dakota, Philadelphia and… New. York. City? We won’t get a rope, but we will explore what is in The Box!

It’s hard to believe that we have already made it to the 9th secret of Counter Esperanto, and because 9 is a magic number we talk a lot about magic this time. The magic of 25 years ago and the anticipated magic of next week. The power of poetry, the nitty-gritty of pulling down the moon for fun and profit, and an intense speculation into the real secret history of Annie Blackburn, a character having a most amazing and intricate background… or lacking one entirely. It’s not that we are vacillating, it’s just that, “Depending on how one looks on the situation, it appears they both have merit.”

Because of that, we’ve gone back to the textual ur-text of Counter Esperanto, Mark Frost’s The Secret History of Twin Peaks, in order to investigate why Annie does not appear in it, and what that (and other things) may reveal. From there we have put out our feelers in order to really get the lay of the land as it sits, take the current temperature of Twin Peaks, and nail down some things that we think about David Lynch’s Enigmatic tales that bridge the gap between the small screen, the big screen and the mental screen.

To wit, this episode contains:

(1) Samuel Taylor Coleridge’s “Kubla Khan: Or, a vision in a dream. A Fragment.” read by Karl Eckler the elder.
(2) Jubel’s introduction
(3) A snapshot of Twin Peaks 25 years later, and 7 days from the return.
(4) “What’s Annie?” A wandering primer of esoterica, modern alchemy and Nth dimensional physics by K, all used to advance a theory both wild and unexpected. Submitted as a reply, with all due reverence and reciprocity, to the recent work of Lindsay Stamhuis. 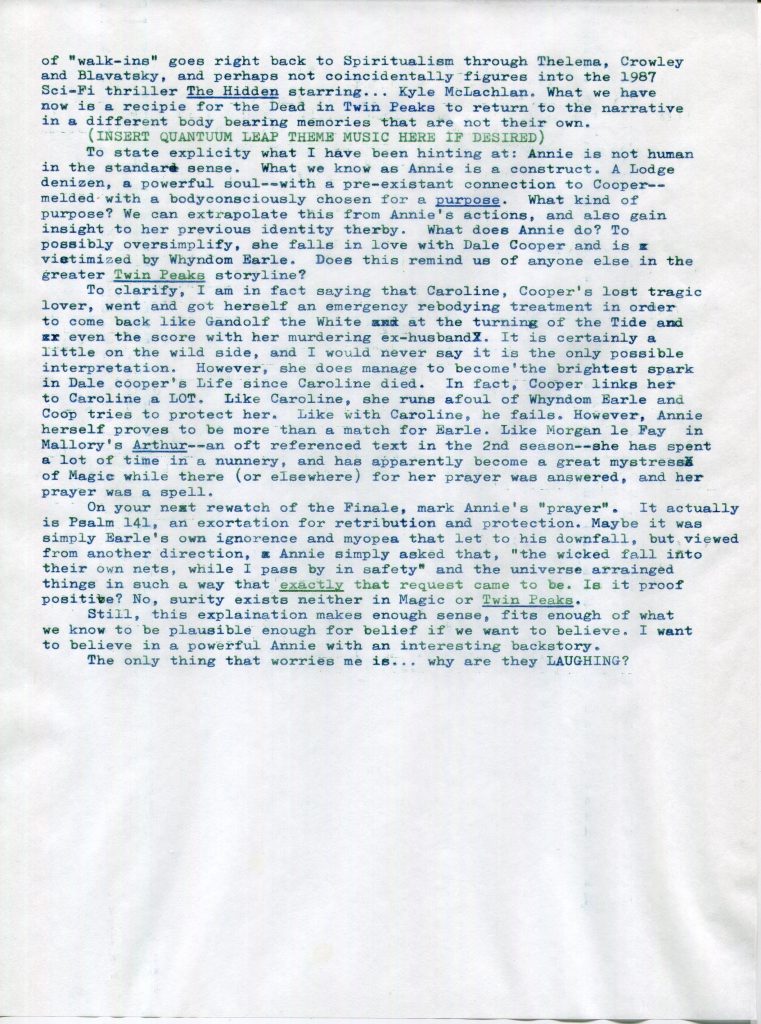